Skip to content
Posted on February 18, 2018February 19, 2018 by runningfabulouslyblog 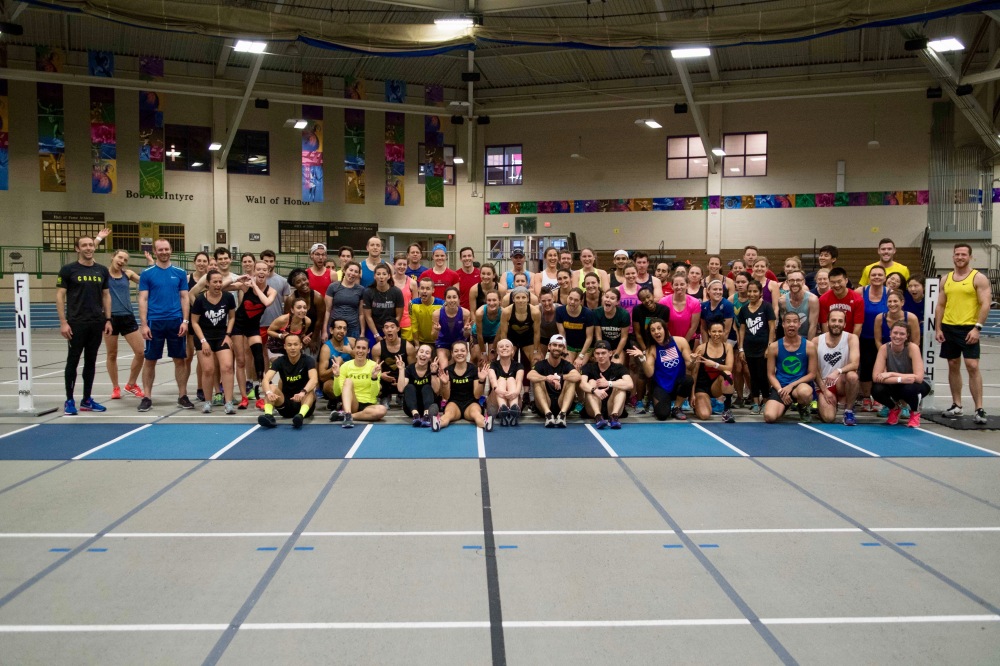 Most people are surprised that I didn’t start really running until after I was 30.  I didn’t enter my first race (Cambridge Classic 5K) until 2014 when I was 37 & was hooked. I mostly followed training plans I found through apps or online but didn’t understand a lot of the terminology. Over the next few years I checked off the distances I wanted to run, 5K, 10K, Half Marathon & last year the Boston Marathon ( Boston Marathon 2017 Recap ). When I turned 39, the consistent running I was doing led me to PR in almost every race I entered that year, but I could feel that I was reaching my limit (I thought).

Then after setting my PR at the BAA Half Marathon, I began to volunteer with Team With A Vision as a sighted guide for athletes who are blind or visually impaired. This allowed me to enjoy my sport in a whole new way I had never imagined. When Kyle Robidoux trained me as a sighted guide, I told him it was the first time I had run with another person. I realized training with friends made the miles and hills go by that much faster. 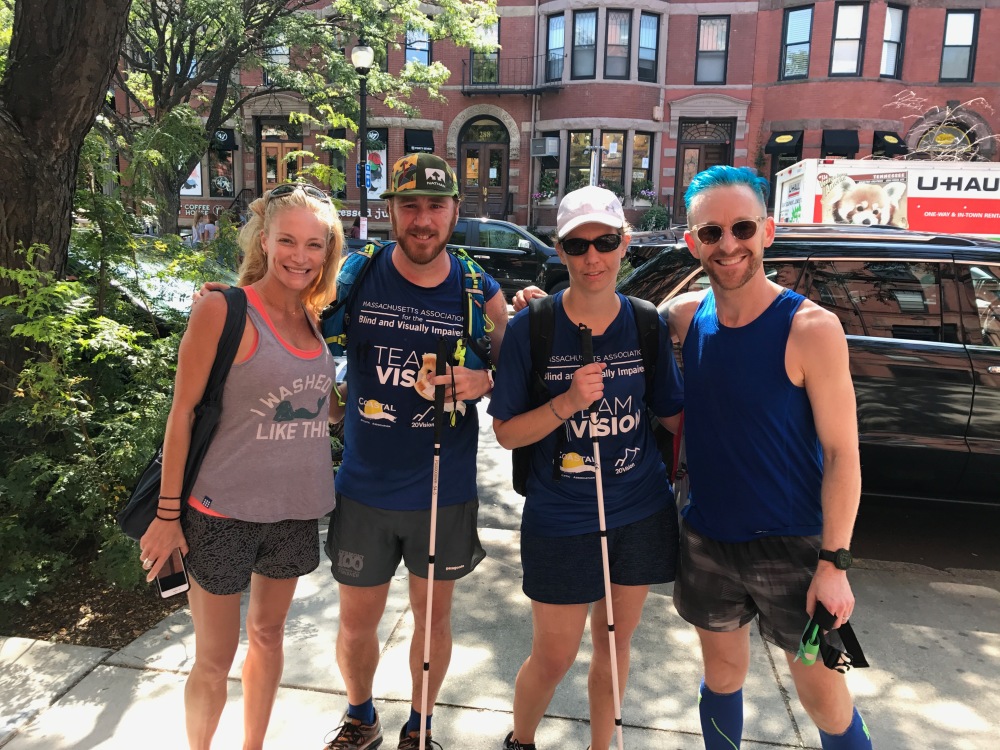 After turning 40, I kind of resigned myself that I had run the fastest times I was going to and that was ok. I tried to enter races and “just have fun” but realistically I enter races to see how far I can push myself. I love competing against other people. I love when I surprise myself with what my body can do. I needed a new plan.

Anyone who knows me knows that I live for buying new running gear. I like to have a new outfit for races and I think of it as a treat to myself for all my hard work. Across the street from where I work, is the Heartbreak Hill Run Company’s South End store. I would buy gear there all the time. Between shopping at the store and racing in Boston I became aware of the Heartbreakers. Mary Kate O’Brien has gone to my boss to get her hair done forever and told me how much she enjoyed the group. She suggested I should come to one of the (free to the public) Thursday speed workouts.

I was super intimidated going to my first practice but was also excited to try something new.  You can’t run in local races and not see Heartbreakers leading the pack nearly every time. I knew there would be a lot of amazing athletes there, but was glad to have a buddy to go with my first time. That was when I met Coach Dan Fitzgerald and also the first time I had ever done a structured running workout. We went to an outdoor track in Roxbury and ran through a bunch of intervals and drills. You self select into groups (fast, faster, fastest) when doing this and was pleasantly surprised I belonged with the “faster” crew.

I immediately knew that this was different. We were doing specific running, with specific goals in mind, which Dan explained in detailed terms. I realized I had more to learn than I had even originally thought. Over the next few weeks I attended the Thursday workouts at Boston Common and really enjoyed meeting the crew and getting to know the faces I’d see coming back week after week. We worked as a team, all working towards one goal, getting faster and stronger. 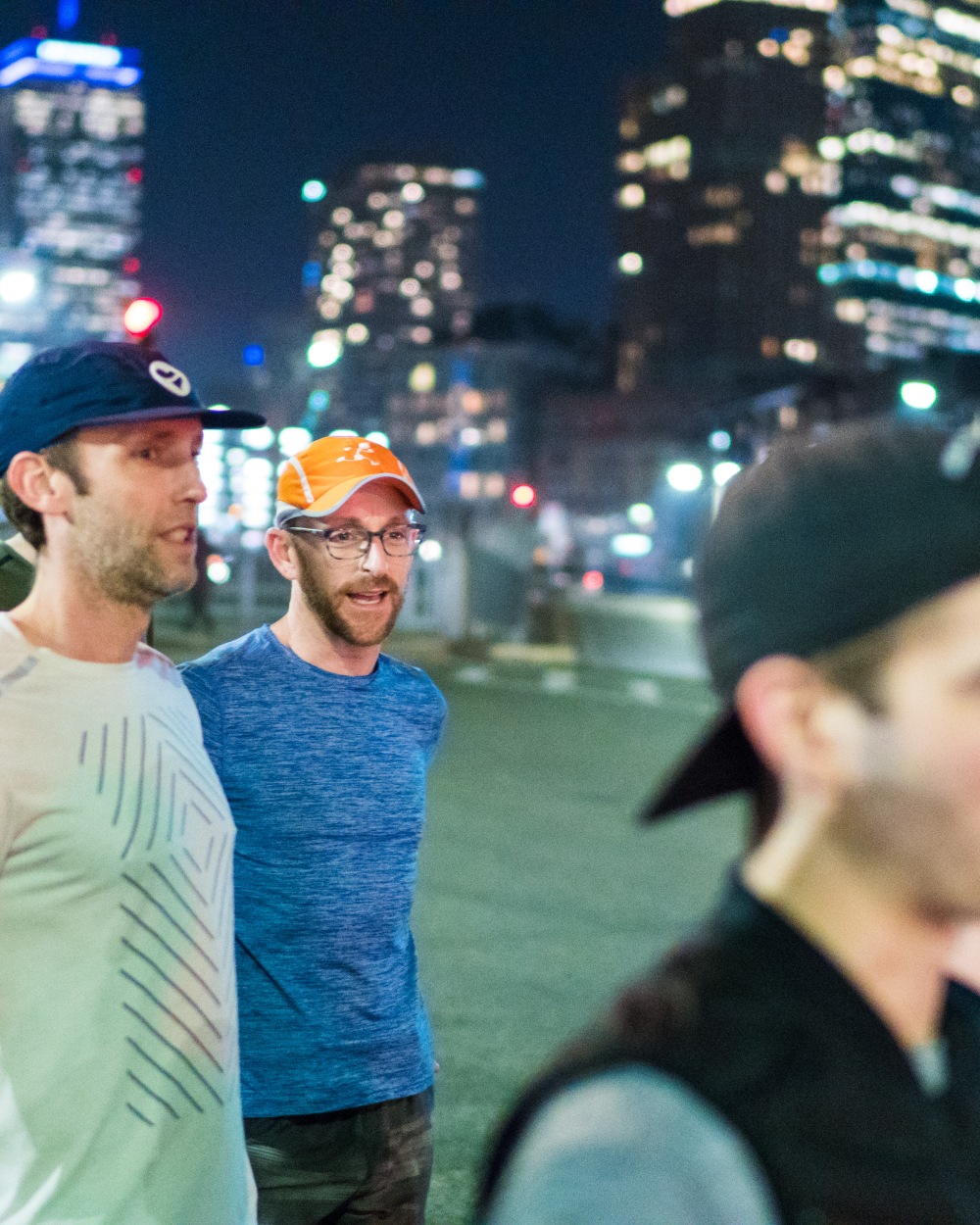 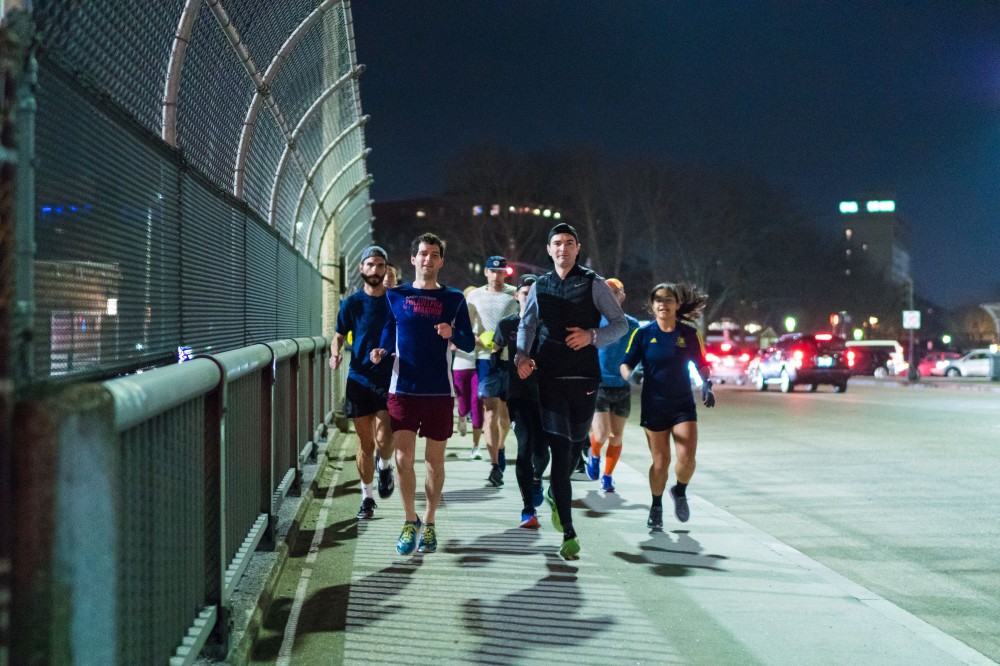 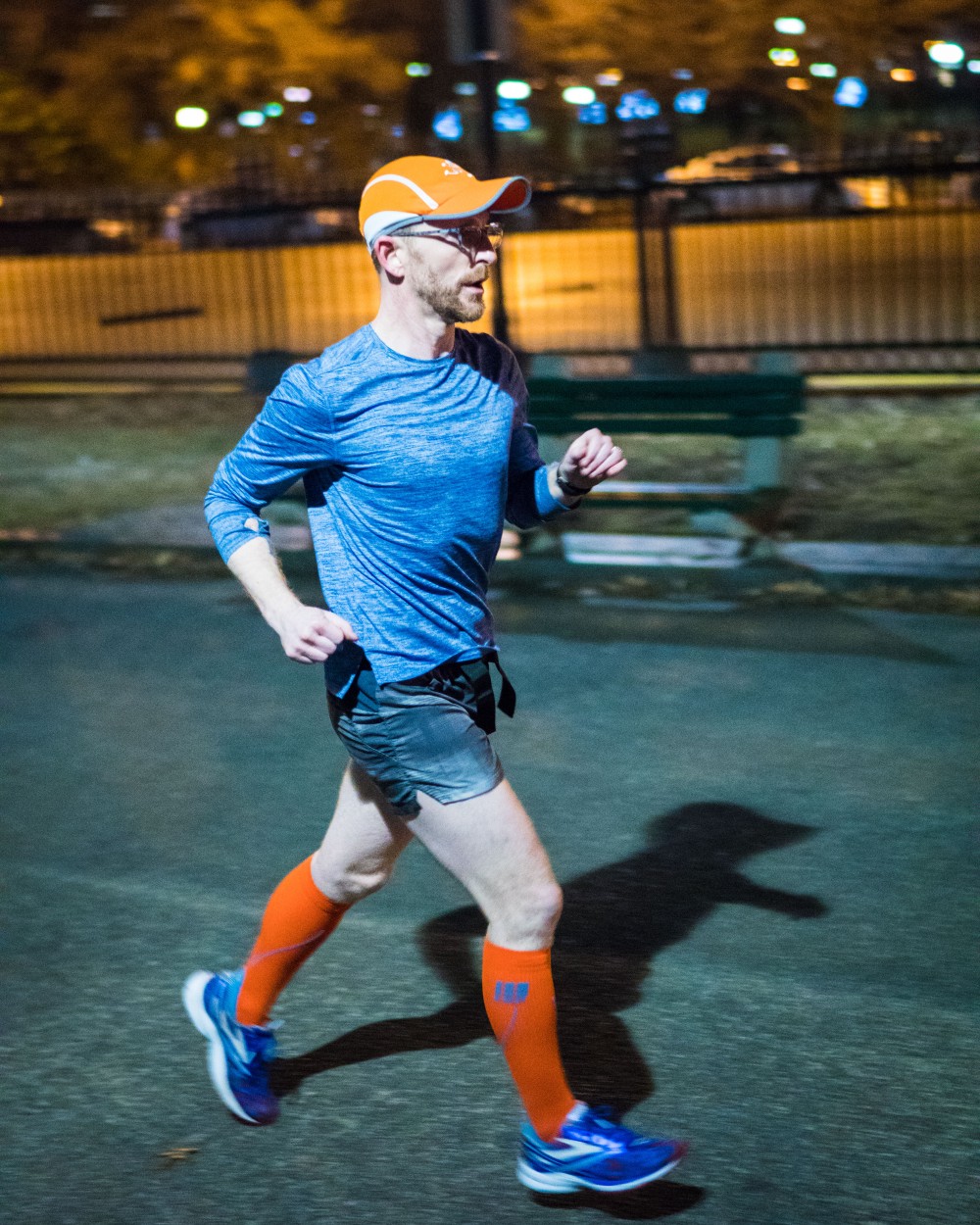 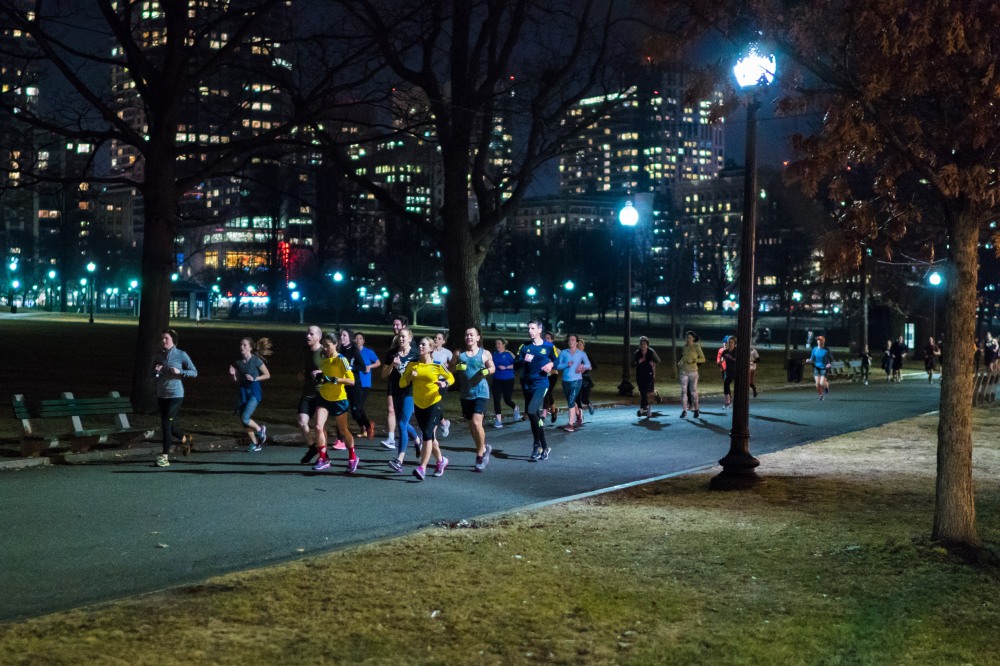 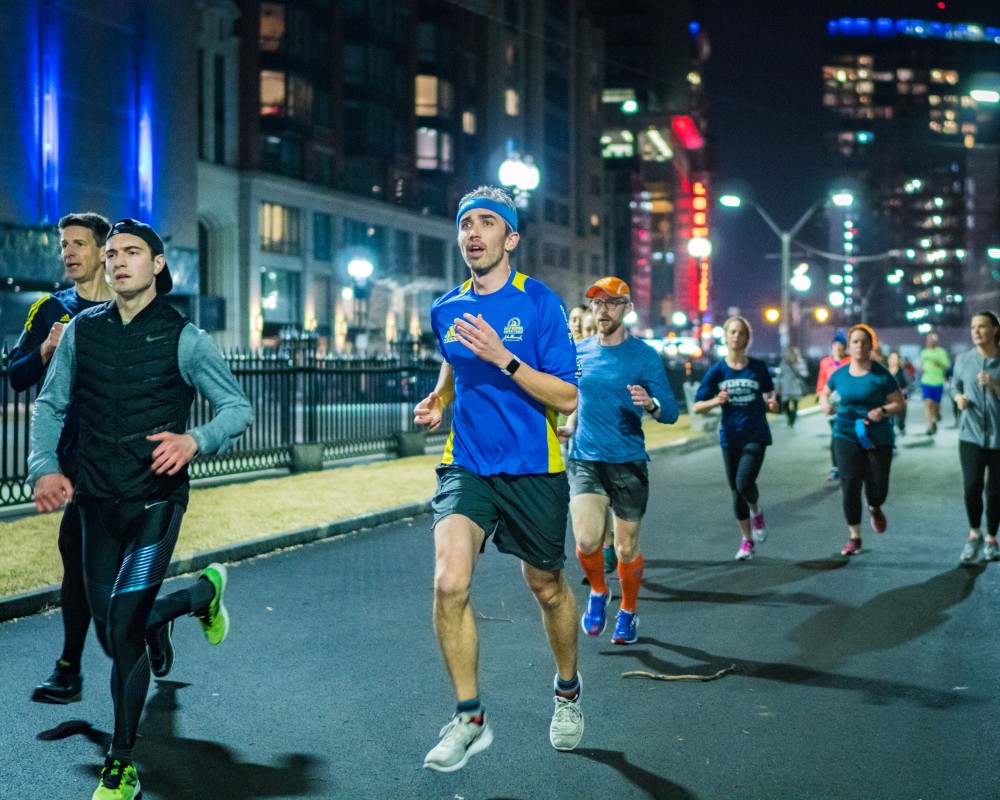 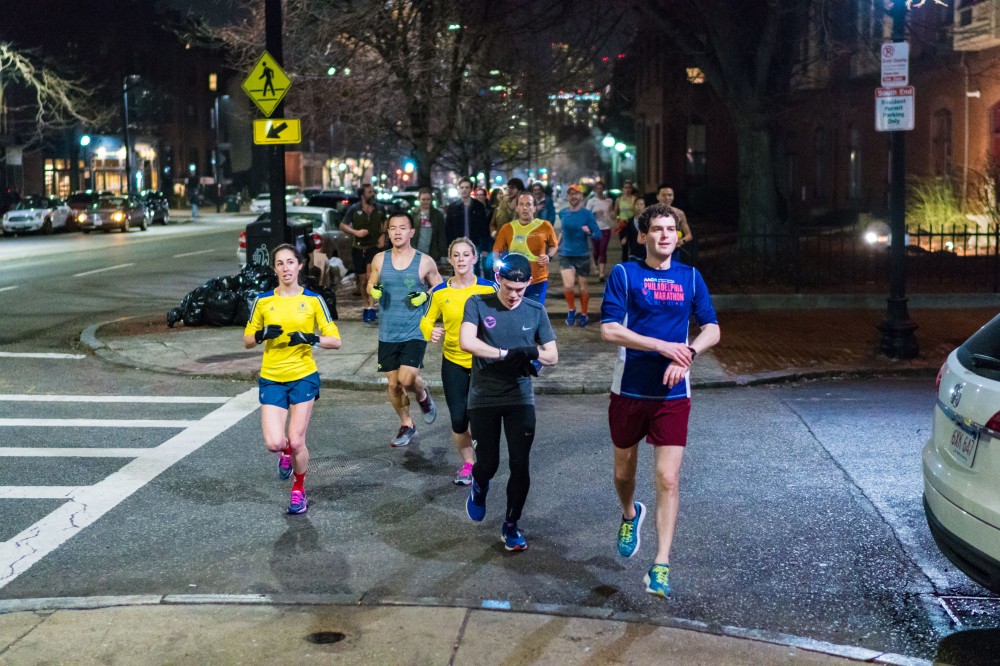 On the 26th of December I officially signed up with the Heartbreakers. I waited until then because I had asked my husband for a gift card to the studio (not to the store, if you’re giving gift ideas to people) for Christmas. I signed up for the silver level membership because the only difference between it & gold was that you got an included studio class per month. I hadn’t taken a class at the treadmill studio and normally hate the treadmills so I thought this was a sound decision. WRONG! The studio classes are awesome and so fun! Next year I will definite upgrade.

The last addition to my new training was Track Tuesdays powered by Nike Run Club at the Reggie Lewis Arena (also open to the public, just register online). Registration links for upcoming workouts can be found here . I can’t go to the (Heartbreakers exclusive) practice on Tuesday nights because I work late. The Tuesday morning workouts at the Reggie are a better fit for my schedule. Unfortunately they are at 6:34 AM! My normal rule of thumb was only being up at that time for international travel. This was going to be a struggle. 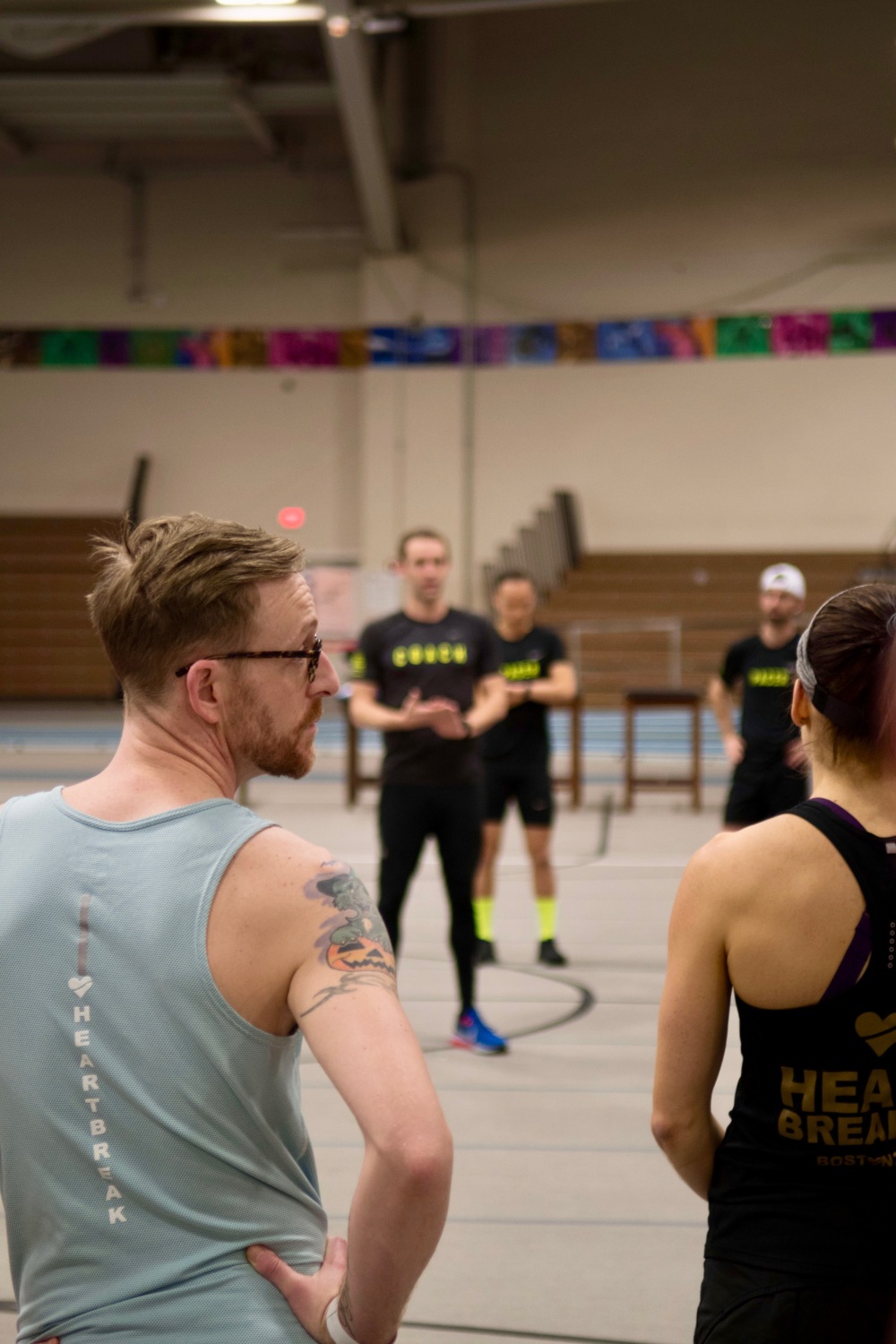 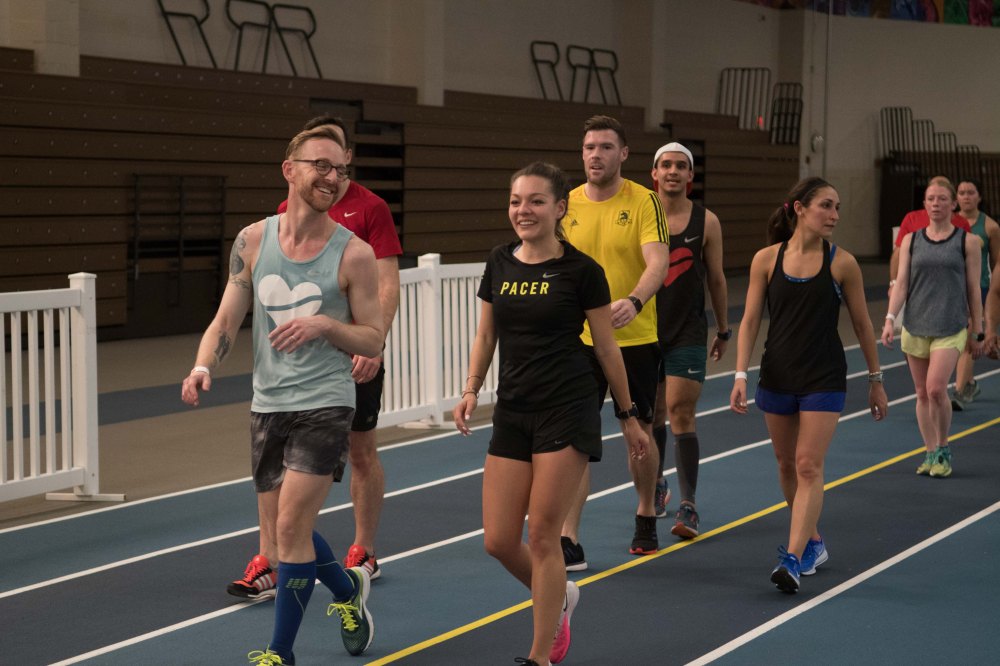 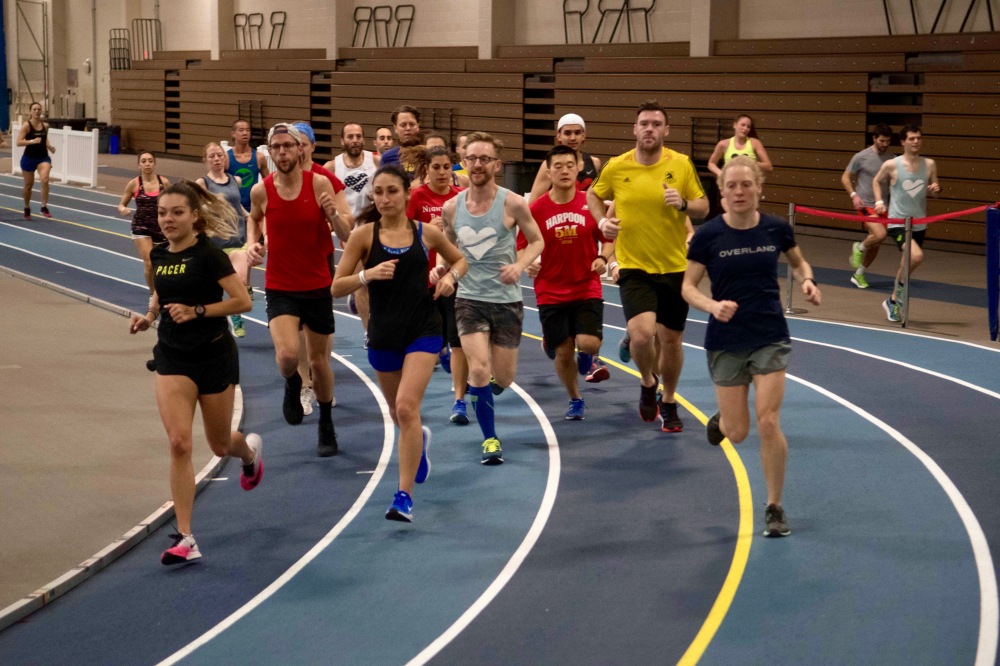 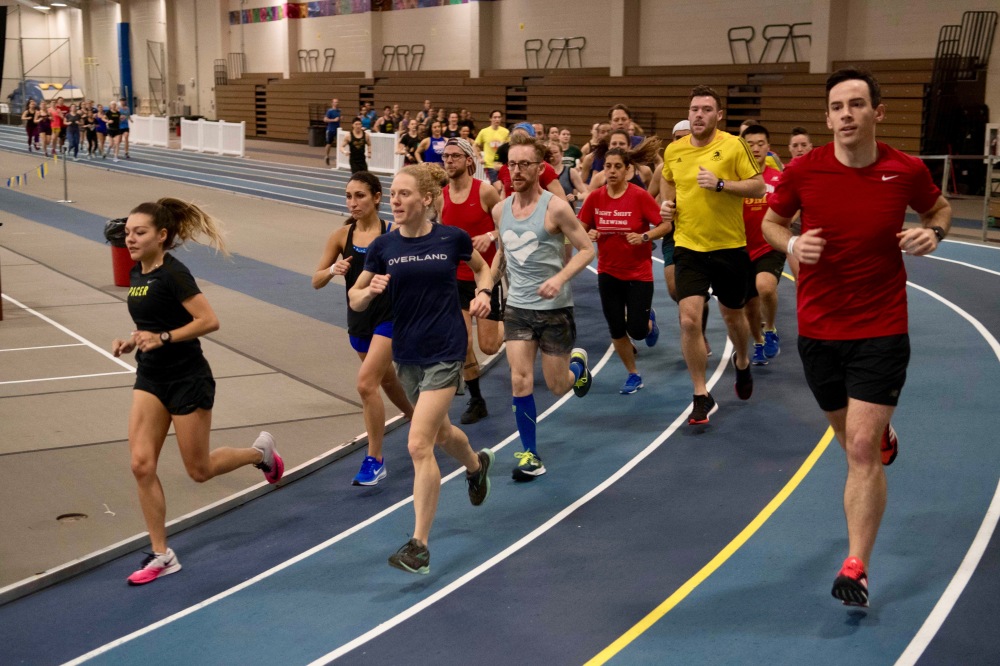 My first visit to the Reggie was the first time I had ever run indoors or with a pacer. IT WAS AMAZING. I could feel how much easier running faster was becoming again. I felt my potential growing and I now wondered what was possible. I moved up a pace group after  my third workout on the track. You can’t help but be inspired by the blazingly fast people flying around the oval or the newer runners who have decided to really build a great foundation for their fitness. Everyone works SO hard.

Thanks to all the Heartbreakers & coaches for being so amazing. I enjoy you all so much and love sharing miles with you guys every week. I’m excited to see where this journey takes me. Thanks for making me fall in love with putting in really hard work. I am always eager to learn and I’m soaking everything up like a sponge. Thanks for the support along the way. I’m so glad I found my squad.

4 thoughts on “Joining The Heartbreakers”